Six Leadership Styles To Give You Behavioural Flexibility

What is your leadership style and what does this mean to you and your team?

Don’t misunderstand me, I’m not suggesting there’s a right or wrong style. Leaders need to adopt an appropriate style to fit the specific situation and person.

What I am saying is that some leadership styles are better suited to certain situations than others. For, if you keep to the same style no matter what the situation, it will have an adverse effect.

A broad bandwidth of styles, that a leader can adapt according to the situation or person, is, therefore, an essential part of any great leader’s kit bag.

This weekend, I delivered a workshop for Level 5 students on the Business Management Programme at Trinity St David’s University. The topic for this month happened to be Emotional Intelligence and Mindfulness and, as I prepared for the session, my attention was drawn back to Daniel Goleman’s EI leadership model.

Some years ago, Goleman completed a three-year study with over 3,000 middle-level managers to identify specific leadership behaviours. He and his team also determined each behaviour’s effect on corporate culture and bottom-line profitability.

This research revealed that a manager’s leadership style was responsible for 30% of the organisation’s profitability!

Think about it…that is too large an impact to ignore!

Organisations spend vast amounts on new processes, efficiencies and cost-cutting that often don’t amount to much more than one percent to the bottom-line.

Now, compare that to simply inspiring managers to be more flexible with their leadership style.

Still, having to think about it?

Of course, not…it’s a no-brainer!

In case you haven’t come across them before, or you simply wish to be reminded, here are Goleman’s Six Emotional Leadership Styles, along with a brief summary of the effects of each style:

The leader who uses this style is intent on obtaining immediate compliance. If this style were summed up in one phrase, it would be “Do what I tell you.”

The conversation is purely one way, highly directive. The COERCIVE leader tightly controls situations and emphasises negative rather than positive feedback.

Most effective in times of crisis, such as in a company turnaround or a takeover attempt, or during an actual emergency like a tornado or a fire.

However, it should be avoided in almost every other case because it can alienate people and stifle flexibility and inventiveness.

The goal of the AUTHORITATIVE leader is to provide focused leadership, mobilising the team toward a common purpose whilst leaving the means up to each individual person. If this style were summed up in one phrase, it would be “Come with me.”

Characterised by long term thinking and a clearly stated direction, decisions are made by the leader with some input from the team to test the decisions. This leadership style relies on influence to gain buy-in to decisions. A firm but fair approach.

The AUTHORITATIVE style works best when the team needs a new vision because circumstances have changed. Leaders adopting this style inspire entrepreneurial spirit and vibrant enthusiasm for the organisation’s purpose.

It may not be the best fit when working with an established team who know more than the leader.

A leader uses this style to promote harmony, cooperation, and good feelings among the team. If this style were summed up in one phrase, it would be “People come first.”

Affiliative actions include accommodating family needs that conflict with work goals, quickly smoothing tensions between employees, or promoting social activities within the team. The leader pursues being liked as a way to motivate people, often putting people first and tasks second.

This style works best in times of stress, or when teammates need to rebuild trust.

This style should not be used exclusively, as sole reliance on praise and nurturing can lead to mediocre performance.

The DEMOCRATIC leader builds consensus and commitment through participation. If this style were summed up in one phrase, it would be “What do you think?”

Requires a hands-off style and a trust in people to have the skills, knowledge and drive to come up with decisions to which everyone is committed. The leader’s role is simply to fine-tune and approve the plan.

The DEMOCRATIC style is most effective when the leader needs the team to take ownership of a decision, plan or goal.

It is not the best choice in an emergency situation, when time is of the essence, or when teammates are not informed enough.

The PACESETTING leader expects and models excellence and self-direction. If this style were summed up in one phrase, it would be “Do as I do, now.”

Leaders use this style when there is a focus on quality work, by demonstrating the standard themselves. Although people are thought capable of achieving their own goals with little supervision, when performance is not up to standard, the pacesetting leader will do it!

This style works best when the team is already motivated and skilled, and the leader needs quick results.

Used extensively, however, this style can overwhelm team members and stifle innovation.

The COACHING leader is directed towards professional growth, developing people for the future. If this style were summed up in one phrase, it would be “Try this.”

This style focuses on helping employees identify their strengths and weaknesses, setting development plans that include career goals. COACHING Leaders create an environment that supports open and honest feedback and treat mistakes as opportunities to learn.

The COACHING style works best when the leader wants to build lasting personal strengths that make the team more successful.

It is least effective when people are defiant and unwilling to change or learn.

Leadership is not domination, but the art of persuading people to work toward a common goal.Daniel Goleman

Rather like personality styles, you will find you have a dominant style, one that you use more than any other. But, it is far more interesting to explore the mix of styles you use, how often you use them and useful they are.

Think about it for a moment. What styles do you use most often?

Have they been effective for the situations you’ve used them?

And, what styles do you use least often?

Or, are you a one-dimensional leader that uses the same style over and over again?

If so, what could you do to develop your skills in the other styles? 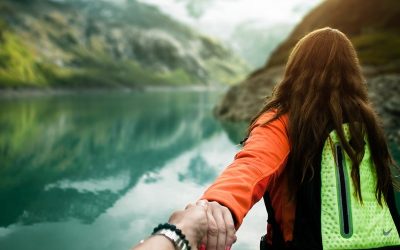 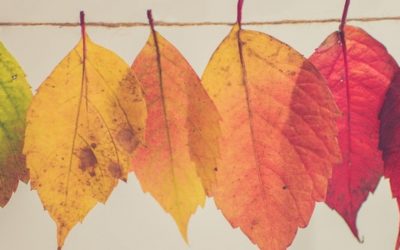